Kerry Washington is quitting social media, and she's doing it for all the right reasons. The actress took to Instagram today to make the announcement, and we're certain the irony isn't lost on her.

But don't worry, Kerry fans, her hiatus is only temporary: "It's time for me to take a teeny break from social media," she wrote alongside a video of herself walking on the beach. "Feeling called to be a bit more quiet and still. Not sure how long it'll last but don't worry, I'll be back soon enough. This space has become such a community. I'm very grateful. Thank you :) I'll be thinking of you and I'm sending love to you wherever you are... #MermaidGram."

The star's post comes after news broke today that her hit TV series Scandal won't be returning until midseason so that the show can work around her second pregnancy.

Why we'll certainly miss seeing Washington's updates in our feeds, we're happy that she's taking time out for herself and her growing family. 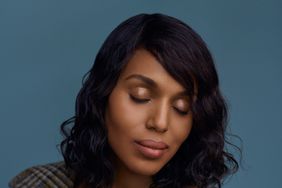