A little bit Xtina, a little Paris Hilton, a whole lot of look.

Being born in 1995, Kendall Jenner didn't really get a chance to actually wear all the looks that marked the '00s. Obviously, she got to see her big sisters wear low-rise jeans and hang with their best pal Paris Hilton, but she probably never got to step out in the looks that defined the decade of excess. Well, Jenner looks to be making up for lost time, stepping out for a New York dinner wearing something right out of a "Dirrty"-era Christina Aguilera music video, complete with an exposed thong and bondage-inspired crisscross straps.

The head-to-toe pink outfit included flared, low-rise pants that showed off Jenner's coordinating thong. The straps were exposed above her waistband, a fashion move that would make Britney Spears proud. Jenner's top featured long sleeves, a bra silhouette with an O-ring detail and straps across her torso. Coupled with the return of the Pussycat Dolls, Paris Hilton's reemergence as a style icon, and everyone's obsession with tiny bags — speaking of, Jenner wore a tiny metallic pochette under her arm — it's clear that the '00s are back in full force. Jenner even wore clear pumps with this particular ensemble and topped it all off with Baby Spice pigtails.

Jenner wore the outrageous look out to dinner while the rest of the world was focusing on the Oscars. While the timing seems coincidental, she may have been trying to grab a little attention while her sisters were getting snapped at the Vanity Fair Oscars after-party. Her little sister Kylie wore two dresses, but even that isn't pulling focus away from this throwback look. 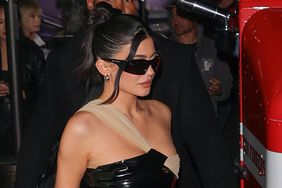 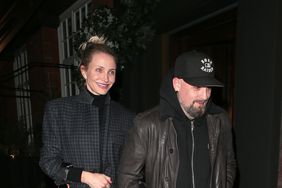 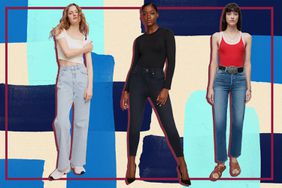