What Is Kelly Ripa's Net Worth?

When Kelly Ripa and her dear old pal Ryan Seacrest come streaming into millions of Americans' homes each morning on Live with Kelly and Ryan, her energy is so warm and charming that it might be easy to forget that she's a literal multi-millionaire, rather than just your chatty next-door neighbor.

The Richest estimates that Ripa's net worth is about $75 million. The bulk of her wealth comes from her yearly talk show salary, which Forbes totals at a whopping $18 million.

As of late 2017, her salary was expected to increase to more than $20 million, so that net worth number will likely tick upwards in the near future.

That certainly is a substantial amount of money, though compared to her co-host Seacrest, Ripa is trailing. Seacrest made Forbes's 2018 list of Celebrity 100 earners by reportedly making $74 million total ... in a year.

Of course, that money is coming from more than just the morning talk show. He's still the host of American Idol and American Top 40 radio, and he pulls in part of his yearly sum by producing programs for E!, including Keeping Up with the Kardashians.

Compared to her co-host Seacrest, Ripa draws the bulk of her earnings from their talk show alone, so the gap makes more sense. Even so, Ripa's fortune is nothing to balk at. Glad to see that Live with Kelly and Ryan pays their stars well. 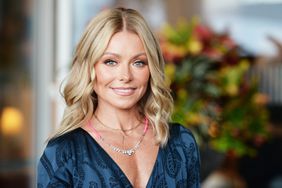