1. Kelly Osbourne said she is so close to signing a deal to design her own collection, which she promises will be affordable. [E! Online]

3. Taylor Swift admitted that she doesn't want to alienate her fans by changing her hair too drastically, which means no TSwiz bobs any time soon. [Stylelist]

3. Power to the Gleeks: iTunes reports that Glee: The Power of Madonna was the single best-selling TV episode of 2010. [NY Post]

4. Got a bookworm as a bestie? Check out these book-inspired holiday gift ideas for your favorite library fiend. [Stylelite] 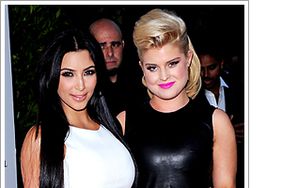