Now this is the look of love. Keira Knightley and James Righton welcomed their first child, a daughter, in late May, and the low-key couple made their first public appearance as new parents over the weekend. On Saturday, Knightley and Righton were spotted canoodling at the British Summertime Festival in London's Hyde Park, and they looked absolutely enamored with one another.

The couple spent the drizzly day watching Blur perform and shielding themselves from the rain by hiding under Righton's leather moto jacket.

Knightley and Righton married in a private ceremony in Provence, France, in 2013 and announced in December of last year that they were expecting baby number one. And although the The Imitation Game actress kept fairly hush-hush about her pregnancy, she did open up about her style at the Screen Actors' Guild Awards in January, saying that she gravitated more towards loose, comfortable pieces to cover her bump, as well as flat shoes. "I’m pregnant and the shoes can come off and no one is allowed to say anything so that’s quite nice," she said.

Keira Knightley Looks Completely Gorgeous in Chanel's Rouge Coco Lipstick Campaign
Was this page helpful?
Thanks for your feedback!
Tell us why!
Related Articles 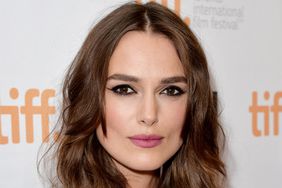 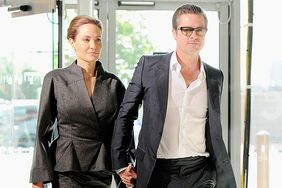