Thanks to Katy Perry, Rihanna, and Lorde, Women Are Taking Back the Billboard Charts

Three cheers for the ladies of pop music! After six months of male dominance over Billboard's two major charts, the Hot 100 singles and Top 200 albums, women have elbowed their way back to the top. In early June, Halsey's album Hopeless Fountain Kingdom became the first No. 1 album by a woman since Lady Gaga dropped Joanne in November. The following week, Katy Perry moved in, commanding the highest album sales by a woman so far this year. And this week, Lorde continued the all-female streak with the release of Melodrama, her first-ever No. 1 album. Vulture reports that it's the first time women have topped the charts back-to-back-to-back since Taylor Swift, Alicia Keys, and Rihanna did it in 2012.

Over on the Hot 100 singles chart this week, Rihanna broke a 12-week drought for women when her collab with DJ Khaled, "Wild Thoughts" hit the No. 4 spot. Billboard reports that RiRi is the first woman to break into the top five since Swift and Zayn's "I Don't Wanna Live Forever" hit No. 3 (after peaking at No. 2). We can't help but notice that this year's 12-week gap represents the longest absence of women in the chart's top five in nearly 35 years. 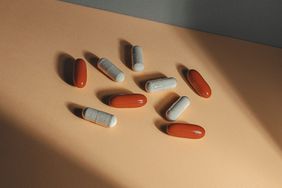