During her “Witness World Wide” YouTube live stream, which continues to promote the release of her latest album, Witness, Katy Perry has already had some pretty memorable moments. There was an apology to Taylor Swift that essentially squashed the pair's three-year feud, and Perry also played a game of dirty charades with drag queen extraordinaire RuPaul, but no one could have predicted what came next.

On Sunday, the songstress sat down with the Late Late Show host, James Corden, after he woke her up from an adorable snooze with her dog, Nugget, to partake in “Spill Your Guts,” a truth or dare-like showdown where you can choose to answer a personal question or eat disgusting fare, like a 100-year-old egg or pickled pig’s feet.

Perry, clad in baby blue pajamas and an eyemask decorated with stars, refused to answer what city she least likes to put on a show, and instead opted for a shot of soy sauce and mayo. But the next request, the “Bon Appétit” singer answered with trepidation: From best to worst in bed, rank John Mayer, Diplo, and Orlando Bloom.

After a few fits of screaming, “Noooo!” Perry offered: “They’re all amazing lovers and I would have sex with all of them when I get out this place.”

She finally completed the task, with Diplo taking the top spot, followed by Bloom and then Mayer. Though, according to the hitmaker, Josh Groban is really the one who still has her heart. “People are like, who’s the one who got away? That’s Groban,” she revealed. “He’s one of my good friends. I love him so much. He’s the best.”

Taylor Swift and Katy Perry Both Released Music This Morning

Well, there you have it, folks! Continue to watch Perry’s live stream on YouTube now.

I Tried MasterClass for 6 Months and Now I'm Calling It the Best Gift Idea
It's Been 10 Years Since Rebecca Black Released "Friday," and the Internet's No Kinder to Young Girls 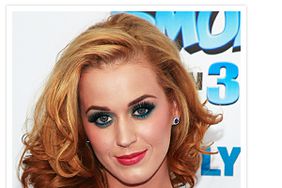