Katy Perry Is the Most Popular Person On Social Media, Jamie-Lynn Sigler Shows Us Her New Baby Boy and More

1. Katy Perry is officially the most popular person on social media, beating out Justin Bieber. [EW]

4. Sarah Jessica Parker is giving us a reason to go to the ballet with her new docu-series, city.ballet. [PopSugar]

5. MTV's European Music Awards U.S. telecast will be co-hosted by Glee's Darren Criss and will air on November 10th. [The Hollywood Reporter]

6. Christy Turlington proves that after 20 years in the modeling business, she's still got it! Check out her H&M holiday ads. [HuffPo] 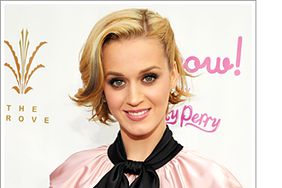