Katy Perry and Akon to Perform at Victoria's Secret Show

We heard rumblings about this earlier in the week, but now it's official: Katy Perry and Akon will take the stage at this year's highly-anticipated Victoria's Secret show. But that's not all! The Huffington Post has just revealed that model Adriana Lima will wear the multi-million dollar fantasy bra this year—just like former angel Heidi Klum who rocked the fantasy bra down the runway three times during her Victoria's Secret tenure. Tune in to CBS on November 30th for a night of fashion, music, and lots of sexy angels.

8 Ways to Feel Sexy Like a Victoria's Secret Angel! 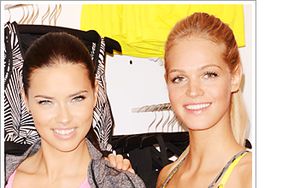 The Victoria's Secret Angels Gear Up, Plus More Parties!