Katie Holmes'spenchant for classic fashion will come in handy for her next role: She's playing former first lady Jackie Kennedy in the upcoming miniseries "The Kennedys." Currently filming opposite Greg Kinnear (who plays JFK) in Ontario, Canada, Holmes was snapped looking very much the part in a heavy bob and a light blue shift dress. Of course, she's not the only star taking on Jackie—British actress Rachel Weisz is also planning to play the style icon in a movie, Jackie, directed by her husband Darren Arnofsky—but Holmes got there first, and we think that she looks great embodying Jackie's version of 1960s chic. The eight-hour miniseries, which will examine the Kennedy family political dynasty and the early years of JFK's presidency, is set to air on the History Channel in 2011. We can't wait to watch, but will you be tuning in? Tell us in the comments section below! 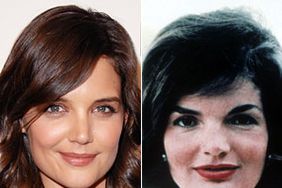 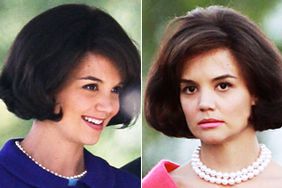 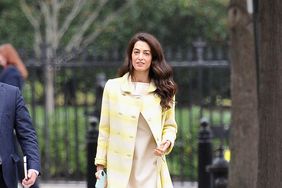