It looks like those model genes run in the family! Lottie Moss—little sister to Kate Moss—made her first catwalk appearance during Paris Fashion Week last night, when the budding star strutted down the Sonia Rykiel runway. For her first-ever runway experience, the 17-year-old appeared in a velvet romper and tough black booties during the intimate show at the label’s Left Bank boutique, which was transformed into a bookstore filled with thousands of books stacked on shelves.

But the young Moss wasn't the only famous face to don the brand's fall/winter 2015 collection—Gigi Hadid, Ella Richards, Georgia May Jagger, and Lizzie Jagger also walked. While this was Lottie's runway debut, she's certainly no stranger to the modeling industry: The Brit previously fronted a Calvin Klein Jeans campaign and starred in several editorials. And if her last name is any indication, you can bet we’ll be seeing a lot more of Ms. Moss in the future.

PHOTOS: All the Celebs Who Sat Front Row at F/W 2015 Fashion Week (Including Kate Moss) 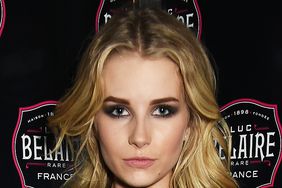 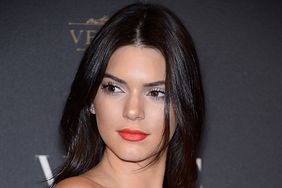