Congratulations are in order for the royal family! Kate Middleton and Prince William just welcomed their third child, a baby boy!

"Her Royal Highness The Duchess of Cambridge was safely delivered of a son at 11:01," Kensington Palace announced in a Tweet on Monday morning. "The baby weighs 8lbs 7oz."

The palace also gave a clue into who was in the delivery room, and an update on both mom and baby's health. "The Duke of Cambridge was present for the birth. Her Royal Highness and her child are both doing well," they wrote.

Of course, before the media was alerted to the news, the royal family was informed about the healthy birth. "The Queen, The Duke of Edinburgh, The Prince of Wales, The Duchess of Cornwall, Prince Harry and members of both families have been informed and are delighted with the news."

This is the third child for the Duke and Duchess of Cambridge, who have 4-year-old Prince George and 2-year-old Princess Charlotte at home. Considering both George and Charlotte have started attending school this past year, Middleton will have plenty of time to devote to her new little one.

Can You Guess the New Royal Baby’s Name?

The news comes just weeks before another big royal milestone: Prince Harry and Meghan Markle's wedding. The former Suits star is set to walk down the aisle in St George's Chapel at Windsor Castle on May 19.

No word yet on whether Will and Kate's new addition will be making it to the nuptials. Congratulations to the happy family! 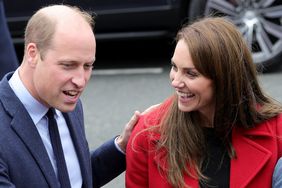 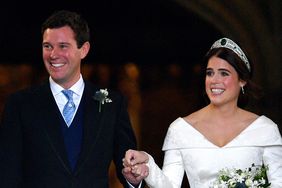 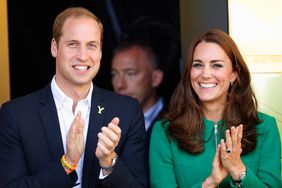