Place your bets! Who do you think won in a race between Kate Middleton, Prince William, and Prince Harry?

The three royals were in London on Sunday to support the runners training for the upcoming London Marathon as part of the Heads Together program, which is spearheaded by the royal family and aims to change the conversation about mental health. While they were at the track, the group decided to have a friendly competition to see who was the fastest. The Duke and Duchess of Cambridge faced off against each other and Prince Harry in a 100-meter dash, much to the delight of the event's attendees.

Middleton came prepared to run, wearing black pants, sneakers, and a quilted red jacket by Perfect Moment. She pulled her hair back into a low ponytail as she got ready at the starting line. Her husband was dressed slightly more formally in a white button-down shirt, blue sweater, and gray pants, but he still managed to hold his own in the royal race.

VIDEO: 14 Times Kate Middleton Was too Perfect for Words

Ultimately, 32-year-old Prince Harry emerged as the winner, beating his brother and sister-in-law to the finish line. He sported blue trousers and a blue quilted jacket as he gleefully claimed the title of the fastest in the family.

To no one's surprise, all three of the royals still looked impeccable, even after their all-out sprint. 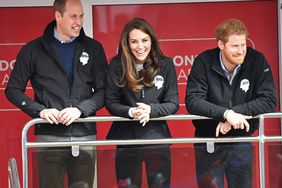 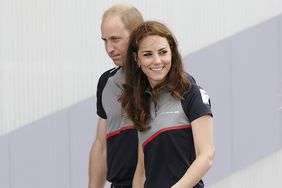 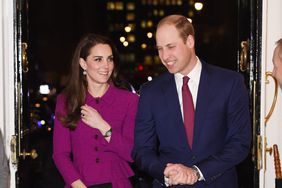 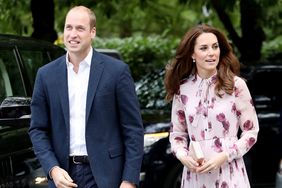