Kate Bosworth is the latest celebrity to address the Harvey Weinstein sexual misconduct allegations and recount her own experience with sexism in Hollywood. The actress, who spoke to InStyle on Tuesday on behalf of her upcoming National Geographic series The Long Road Home, commended victims for their bravery in coming forward.

“I applaud and I am so proud and moved by the victims who have come forth. It takes so much courage to do that. When someone has been abused in that way, fear can be crippling and immobilizing, and so the fact that they were able to overcome that and come forth is remarkable. They’re all in my heart,” she told InStyle.

“I feel that because of them and because of other people speaking out, there is an opportunity to demand the required change in our industry,” Bosworth added. “I call it acceptable sexism. You know, comments, things that men in power say that are demeaning and humiliating and demoralizing. It’s countless, countless times that this has happened to me. I’ve been in this industry 20 years and I was recalling just a handful to my husband last night.”

"Yes, Harvey is the one at the moment who is being rightfully called out," Bosworth said. "We need to also address the rampant sexism in this industry."

The actress brought up Lucasfilm president Kathleen Kennedy’s proposal for an anti-abuse commission. “Her idea of a commission is one that is much needed. I totally am in allegiance with her and anything I can do, I’m there to support.”

Kate Bosworth Wants to Be in the Blue Crush Reboot

Bosworth is married to a filmmaker herself and says her husband, Michael Polish, takes extra care to ensure gender equality at the workplace. “I’m lucky that I’m married to an exception in this industry in my husband who is a filmmaker. He demands equality on his set, whether it’s gender, race, sexual orientation. He’s an exception in terms of a male in power in our industry. I feel that it’s important for both men and women to come together on this and say that this needs to stop. It needs to end.” 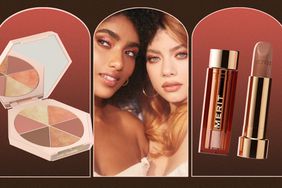