If you're looking for Kanye West, you won't find him on social media. On Friday, fans noticed that the 39-year-old rapper and fashion designer had deleted both his Twitter and Instagram accounts, and so far, no one knows why!

West has been an avid Twitter user for many years, racking up millions of followers who eagerly awaited his signature Twitter rants. Comparatively, the "Fade" singer was relatively new to Instagram, only joining the picture-sharing site in September 2016. It appears he deactivated both these accounts yesterday, going completely dark on social media.

VIDEO: A Kim and Kanye Kids' Clothes Line is Happening

The timing of West's online disappearance is surprising, as he and Kim Kardashian West launched their line of children's clothing, The Kids Supply, on the same day. Kardashian posted an Instagram picture of their daughter North West to promote the collection—she's wearing a cute orange jacket with a map of Calabasas emblazoned on the back.

The 36-year-old reality TV star also tweeted out that her husband hand-drew the logo for the new brand.

West has accidentally deactivated his Twitter account before, but it seems unlikely that both accounts disappearing was a mistake. The rapper has been taking time off and staying out of the spotlight since his hospitalization late last year, so this may be another effort to stay out of the public eye.

Whatever the case may be, we're glad we can still keep up with the family via Kardashian's social accounts! 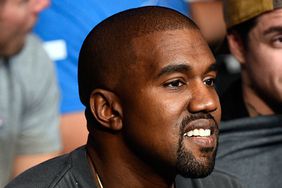