Presley and Kaia Gerber are continuing to follow in their mom Cindy Crawford's footsteps with their latest gig as luxe jewelry house Omega's newest brand ambassadors.

In a statement released by the brand, President and CEO Raynald Aeschlimann referenced the iconic supermodel's work as a spokesmodel for more than 20 years since 1995.

"We have always considered our Omega ambassadors to be family. So to now be working with Cindy's children is very special," he wrote. "We have known Presley and Kaia for a long time and I'm always impressed by their abilities and personalities.

He continued, "It's truly exciting to have their fresh creativity and young exuberance on our side. We can't wait to get started."

Aside from revealing that the Crawford-Gerber family connection has finally "become official," the statement also applauded the teens for joining their mom to support some of the brand's social causes, including visiting the Orbis International Flying Eye Hospital in Peru and attending the New York premiere of the subsequent documentary, The Hospital in the Sky.

VIDEO: Cindy Crawford and the Original Supermodels Just Shut Down the Versace Show

"By gradually introducing her children to the brand, it has become clear that Cindy's dedication to Omega has now positively extended to her family," the statement reads. "Representing the next generation of watch fans, Kaia and Presley are proving themselves to be exceptional rising stars. Through modeling, the brother and sister have already taken promising steps in their fashion careers, with Presley also showing a flair for photography."

The aspiring runway fixtures—who made their New York Fashion Week catwalk debut just weeks ago—will join Crawford on the red carpet as they are officially introduced as spokesmodels at the opening of Omega's Her Time exhibition in Paris on Sept. 29. 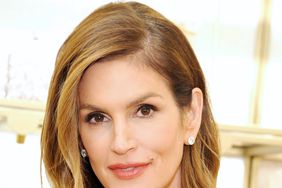 Why We Want Cindy Crawford to Make Us Waffles 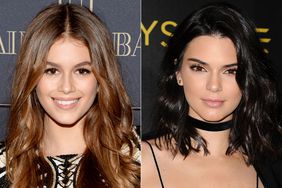