This could be the collaboration of our musical dreams. Justin Timberlake had a fun night out on the town Tuesday night, and instead of his gorgeous wife Jessica Biel, he had some unexpected faces on his Instagram account. The former NSYNC band member and new dad posted a photo from his “fun” night with none other than Oscar-nominated artist The Weeknd and magician David Blaine.

“This dude, @davidblaine is THE BEST IN THE BIZ. Me and @abelxo are TRIPPIN’ right now!!!!” Timberlake captioned the post. He went on to explain that this wasn’t the first time he’s met Blaine (despite his overexcited post); the two are actually longtime friends. “Known him since I was 19 and he still blows me away with his talent,” he wrote.

While it’s always funny to see celebs fangirling over other stars, the real relationship that we’re excited about is the one between Timberlake and The Weeknd. Between their impressive falsetto and swoon-worthy love songs, these Grammy-winning artists have a lot in common.

You’d think that a natural friendship would make it a lot easier for two stars to collaborate together in the studio (hint, hint). We can’t help but think that these two romantic singers would make the perfect duet. 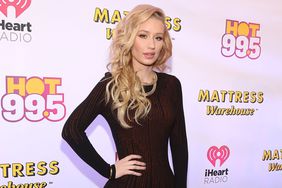