Justin Timberlake Describes How His Son Silas Influences His Music

It's been about two decades since pop stud Justin Timberlake emerged onto the music scene as part of the wildly popular boy band 'N Sync. Multiple chart-topping albums, Grammy awards, and acting credits later, the father of one is opening up about his music evolution and about how his 1-year-old son, Silas, whom he shares with wife Jessica Biel, has influenced his music.

The 35-year-old "Suit & Tie" singer voices the character of Branch in Trolls, the animated family-friendly DreamWorks movie out Nov. 4. On top of lending his vocals to the feature film, he is also in charge of producing the soundtrack. Included on the record is his summer hit "Can't Stop The Feeling"—an upbeat track that he said was influenced by the experience of being a father to his young son.

"I'd be leaving out the whole truth if I didn't say having [Silas] shaped what the song actually is," the hitmaker told Variety at Comic-Con. "[Having a child] gives you a different insight. It's like The Matrix, man. You open a door and there's this whole other world on the other side of it. And you look back through the door at the other world and you're like, 'What was I doing there?'"

Fans can also experience Timberlake's musical evolution in his upcoming album, but don't expect to hear it anytime soon!

"I'm kind of taking my time," the pop star said. "I think for the first time in my career I feel like I can slow down and be a little more patient." 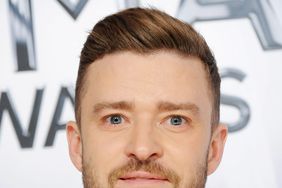 Justin Timberlake Is Recording Original Music for the Film Trolls