It’s been six months since Justin Timberlake and Jessica Biel welcomed their first child, son Silas Randall Timberlake, into the world; and while the handsome pair is definitely among Hollywood’s It couples, don’t be fooled into thinking they regularly stay out late. On Friday, the two glamorously stepped out to receive the Inspiration Award at the 11th Annual Gay, Lesbian and Straight Education Network’s (GLSEN) Respect Awards at the Regent Beverly Wilshire Hotel in Los Angeles and revealed that they don't get out too often.

Yes, the duo was on hand to be honored for a memorable accolade, but as they explained during their minutes-long acceptance speech, the rare occasion called for a celebratory date night. “As you may have heard, my beautiful wife and I are a couple of new parents. I’m not very good at it. So first, we want to say thank you to GLSEN, not just for this beautiful honor we’re proud to share, but for a quarter century of inspiring positive change,” Timberlake said as he addressed the audience alongside Biel. “Also, thank you for allowing mommy and daddy to have a really good night out together. With adults. Honey, look around, this is what adults look like. They do exist! They don’t smell like poopy diapers. Some of you do.”

Timberlake’s comedic and adorable quips were definitely notable, but guests including J.J. Abrams, Julia Roberts, Sasha Alexander, Jim Parsons, and Dana Delany, were all there to celebrate GLSEN’s work to help end bullying and discrimination against LGBT students. “To be new parents is to witness up close and very personal the full miracle that every individual in the world really is. So thank you GLSEN so much for all that you do to ensure the individuality of every kid, lesbian, gay, bisexual, transgender, is respected, protected, and treasured in our schools,” Biel told the room.

The unmistakably likeable parents went on to explain why it’s important that young people in need know there are resources out there for them, and also shared personal anecdotes from their childhood. Zachary Quinto (above), the evening’s recipient of the Champion Award, also shared choice words. “My decision to come out publicly unfolded in the midst of a rash of teenage suicides in the LGBT community across this country in 2011, as a direct result of bullying,” he said. “So it is particularly meaningful to be honored tonight by an organization whose sole purpose is to eradicate such insidious and destructive behavior, not through punishment or shame, but through education and empowerment and unity.”

The audience may have been touched by the moving speeches, but Timberlake also made hearts flutter when he once more wooed Biel: “I’m going to stop talking now because mommy’s looking hot and it’s date night. Good night everybody, thank you.” 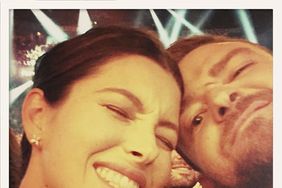 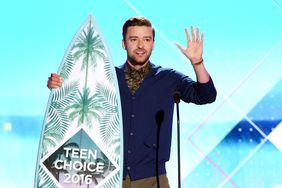 Justin Timberlake Inspires with His Teen Choice Awards Speech: "I Hope My Son Watches This One Day" 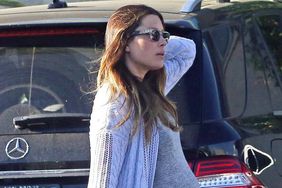 Jessica Biel and Her Near-Due Baby Bump Venture Out in L.A. 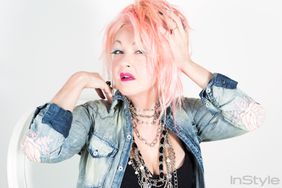 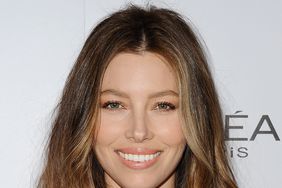 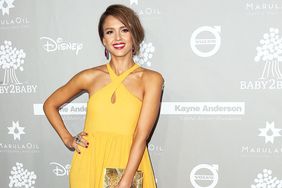 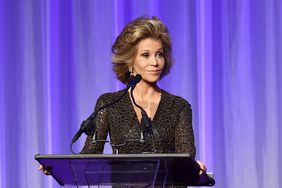