“His influence, and I have this in common with I think every musician of my generation and the generations to come, his influence is all over everyone’s music and there’s so much that I feel like I’ve maybe consciously and unconsciously borrowed from him that it felt … right,” he told E! “It just feels right to dedicate the film to him.”

The film depicts the final performance of last year’s 20/20 Experience World Tour in Las Vegas, showing both the on-stage performance and backstage experience.

This isn’t the first time that Timberlake has expressed his respect for the iconic musician. After his untimely death in April, the singer penned a heartfelt tribute on Instagram.

“They say don’t meet your idols… That they let you down. But, some of my greatest, funniest (yes, he was hilarious), and most prolific encounters and conversations about music came from the moments that I spent with him,” Timberlake wrote.

“It would be silly to say that he has inspired our music… It’s beyond that. He’s somewhere within every song I’ve ever written. I am sad, but I will smile when I think of every second that I had the fortune of being in his company. We have lost our greatest living musician. But his music will never die.”

Justin Timberlake and Anna Kendrick Goof Around While Promoting Trolls in N.Y.C.

Watch Timberlake’s documentary in Prince’s honor when it premieres on Netflix on Oct. 12. 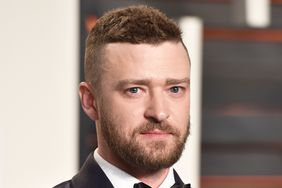