Summer is (almost) here! As the weather continues to warm up, the time has finally come to sit back, relax, and open up a great new book. In need of a good recommendation? We've rounded up nine of June's most buzzed about new releases that you can read as you enjoy the sunniest time of the year. From Aziz Ansari's book on romance in the digital age to a Hannah McKinnon's breezy beach read, there's something on this list for everyone. Enjoy!

In the Unlikely Event by Judy Blume ($18; amazon.com)

From the author who brought us YA classics such as Are You There God? It’s Me, Margaret and Blubber comes this page-turning, adult-only novel about three generations of people whose lives are influenced by unlikely events. Fun fact: The ones in the book mirror actual happenings that Blume experienced first-hand growing up in the early 1950s.

King has made a name for himself in the literary world for his mind-bendingly scary titles, and his latest is no different. Equally as dark and suspenseful as his last novel, 2014’s Revival, Finders Keepers tells the story of a reader whose obsession with a reclusive writer takes a dangerous turn. It’s a meta meditation on how literature changes people’s lives—for better or worse.

We’d be remiss if we didn’t include the first-ever adult version of The Princess Diaries series in this round-up. Apropos with America’s current royal obsession, Royal Wedding brings us back to Princess Mia and her Prince Charming as they attempt to pull off the perfect wedding while keeping it under wraps from the press, and prove to the world that Mia’s ready to one day take the throne as Queen.

InStyle Book Club: 6 New Page-Turners to Read in May

Did you know that it takes 800 grapes to make one bottle of wine? You'll learn that and a whole lot more in Laura Dave's latest novel. Set on—you guessed it—a vineyard, the novel tells the story of 30-year-old Georgia Ford, who discovers a week before her wedding that her fiancé has kept an explosive, life-altering secret from her. Unsure how to cope, she returns to her family's vineyard for comfort but soon discovers that her future husband wasn't the only keeping a dark secret.

Summer isn’t summer without an enticing beach read, and Hannah McKinnon delivers just that with her latest novel, The Lake Season. When Isis Standish receives a cryptic letter from her estranged sister asking her to come home and help plan her wedding, she jumps at the chance to escape her failing marriage and return to her childhood lakeside home. While she attempts to pick up the pieces of her once perfectly constructed life, she soon realizes that her sister's future is just as precarious as her own.

In case you missed Wednesday Martin’s much talked-about New York Times story about privileged women on the Upper East Side of Manhattan, the author is coming out with a whopping 256 additional pages on the subject, further documenting the peculiar social behaviors of this powerful, exclusive group. Think: Gossip Girl, but with a sociological study of the parents.

There’s a reason a good portion of American women go nuts over Danielle Steel novels, and Country promises to spark a similar hysteria. It follows a stay-at-home mother named Stephanie Adams, who’s stuck in an unhappy marriage until her family goes on a ski trip and her middle-aged husband suddenly dies in a tragic accident. After she has a chance meeting with a country music star, her life is changed forever. Fans of Nashville will especially enjoy this one.

Anyone who is a fan of Aziz Ansari’s stand-up comedy will want to download the audio version of Modern Romance (free with subscription; scribd.com) immediately. Narrated by both Ansari and his writing and research partner Eric Klinenberg, you’ll learn a lot about what exactly is going on in this strange new romantic world. While some of the charts and graphics don’t translate well on audio, Ansari’s hilarious anecdotes make it well worth it.

Finding the love of your life isn't easy, and even though the world of online dating has connected us to a staggering number of singles, it seems harder than ever to find "the one." In Aziz Ansari's aptly titled new book Modern Romance, science meets humor as he and NYU sociologist Eric Klinenberg explore what exactly is going on in this strange new romantic world. As you would expect, it's hilarious, but it's also extremely smart. In between your bouts of laughter, you'll find yourself reflecting and learning along the way—all while swiping through Tinder, of course.

From the first page of Jane Green's latest novel, Summer Secrets, you'll be hooked. Set both in London and Nantucket, the page-turner leaps between the present day and the past to weave a story about a woman struggling to right the wrongs of the fateful summer when she learned the identity of the father she never knew she had. Now a middle-aged adult, she embarks on a journey to make amends with those she hurt. Along the way she must confront not only her own dark secrets, but the secrets of the women she once called family.

PHOTOS: Our Comprehensive Guide to All the Books Worth Reading Right Now 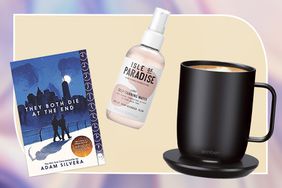 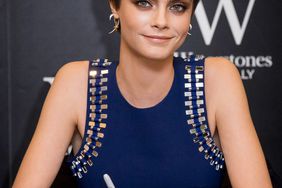 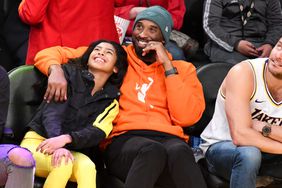