It's never too early to practice for your wedding day.

Julianne Hough wowed in a dazzling ball gown on last night's finale episode of Dancing with the Stars, but it was her behind-the-scenes antics that really had us talking. The star took to Instagram to share a hilarious snap of herself attempting to use the bathroom during a mid-show break, and it seems as if all that tulle on her outfit was definitely getting in the way.

preppin' for the weddin'

," the 28-year-old star captioned the funny snap of herself sitting on the toilet. The dress in question was a stunning off-the-shoulder creation by Georges Hobeika that featured exquisite multi-colored floral embroidery with a giant tulle skirt and bronze buckle waist belt. The blonde beauty styled her long locks in a sleek low bun and added a bold red hue to her perfect pout.

VIDEO: 9 Julianne Hough Quotes to Get You Through the Day

Hough has been engaged to hockey player Brooks Laich since August 2015, and the pair are reportedly heading down the aisle sometime next year.

We have a feeling she won't have any problems on her big day. 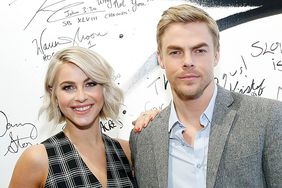 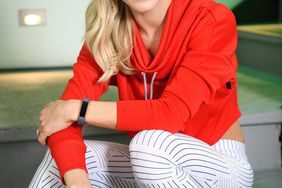 Want a Body Like Julianne Hough's? It Starts with This Morning Drink