Julia Roberts has finally spilled on what it was like to dance with Taylor Swift on stage.

On Aug. 15 Swift invited the Oscar-winner and Joan Baez to come out onto the stage during her performance of "Style" at Levi's Stadium in Santa Clara, Calif.

"It was one of those crazy out-of-body moments—I can't tell you anything that happened from the moment I came on stage. "I was so nervous!" Roberts told Extra.

The actress confirmed that the surprise appearance was hardly planned. "I would have washed my hair. I was, like, wearing a ponytail and leggings, tennis shoes ..." the 47-year-old mother of three jokes. "No, she was sweet enough to ask me before the show."

Turns out it was her kids, 8-year-old Henry and 10-year-old twins Phinnaeus and Hazel, who convinced their A-lister mom to hit the stage with the "Blank Space" singer (and 2015 InStyle Social Media Awards nominee—vote for Swift here).

"[Swift] said, 'Would you mind coming onstage during the song and dancing?' And I said to my children, 'What do you think?'"

Not bad for their first concert!

Julia Roberts's Kids Have Grown Up So Fast—See Their Family Photo
Was this page helpful?
Thanks for your feedback!
Tell us why!
Related Articles 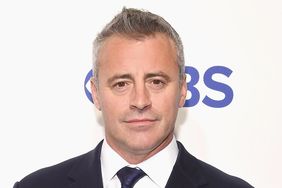