"Over a year ago, I knew: There would be no one person that would better represent both the aspiration and accessibility of Hollywood glamour past, present, and future than Julia Roberts," explains editor Ariel Foxman. "Once she said yes to guest editing along with me, we were able to start shooting our issue!"

"There is no one person to better represent Hollywood glamour than Julia Roberts." -- @arielfoxman

and then about 20 years of InStyle. I expressed how excited I am that she agreed to be on our cover of this marquee issue. She asked why. I likened it to when a director has a movie he wants to make but can only imagine one actress in its starring role—without her, the movie doesn't quite make sense. That's how I felt."

Posing in a Louis Vuitton dress, belt, and necklace, the Oscar-winning actress was photographed by Michelangelo Di Battista at a 6,000-square-foot Malibu estate (once owned by her Steel Magnolia's co-star Sally Field). The inside portfolio features clothes by Prabal Gurung, Thakoon, Dries Van Noten (a personal favorite of the star), and more. In the interview, she muses on everything from her family, films, and style to how Hollywood has changed since she started out over 20 years ago.

In addition to the interview with Roberts, inside the September issue—which is a hefty 708 pages—you'll find resources on the best new trends and how to wear them, the latest editor-tested beauty products, and a tour of designer Lisa Perry's N.Y.C. pad. Tune in to InStyle.com next week for more exclusive peeks at our interview with Roberts, and pick up the September issue of InStyle, on newsstands and available for digital download Friday, Aug. 15. 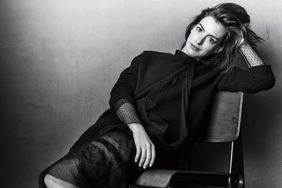 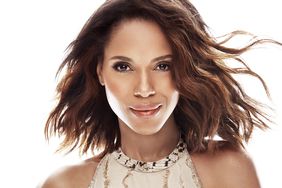