While the sparks continue to fly between Jon Snow (Kit Harington) and Daenerys Targaryen (Emilia Clarke) on Game of Thrones (who have no idea that they’re secretly related), fans are divided into two camps: There are the Jon and Dany 'shippers, and the “please stop this before it gets any grosser” naysayers.

Unfortunately for the latter, it’s going to get worse before it gets any better, because this Game of Thrones director confirmed that the aunt and nephew are going to get it on. Alan Taylor, who directed Sunday night’s episode “Beyond the Wall,” told The Daily Beast it’s “no secret that this is where this is going.”

“Readers of the book have known that things were headed towards this destination for a while. Even the characters in this story know it’s heading in this direction. Tyrion is making fun of Dany about what’s brewing. So we knew it’s got to come at some point, and I was glad that I got to be there for a major step forward for them,” Taylor said.

“The fact that Jon’s willing to now bend the knee to her as the next queen is a huge political step. The fact that they are starting to fall for each other is huge. It comes down to tiny moments and how they interact with each other. They’re holding hands and there’s this great look where she’s swooning and she steps back from it, but it’s clear that that’s our destination at this point.”

Sounds like Cersei and Jaime won’t be the only relatives in Westeros getting it on. 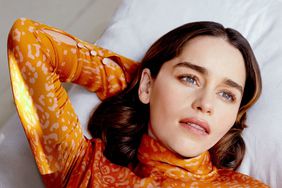