As one of the most famous men in the world in the '90s, planning a quiet, private wedding was no small feat for John F. Kennedy Jr. He and Carolyn Bessette began piecing together their nuptials in the summer of 1996, but ensuring that their low-key ceremony stay that way was a practice in CIA-level secrecy.

As described by Steven M. Gillon in biography America's Reluctant Prince: The Life of John F. Kennedy Jr., Kennedy's chief of staff at George Magazine, RoseMarie Terenzio, suggested Nova Scotia as a secluded location for the event. Bessette, after arriving in the Canadian province, expressed her disapproval to Terenzio, calling to tell her, "this is the most depressing place in the whole world. I'm not getting married here."

Next, Kennedy suggested a locale off the coast of Georgia, Cumberland Island, where he'd once vacationed with an ex-girlfriend. Located 20 miles off of Georgia's coast, and home to only 35 residents, the island was the ultimate in both seclusion and discretion.

Cumberland had only one hotel, the Greyfield Inn, which Kennedy bought out for the weekend of Sept. 21.

Due to both limited space and the couple's desire to keep the affair under-the-radar, they were discerning when it came to the guest list. Friends they believed wouldn't be able to keep a secret were cut, and Kennedy ended up inviting just one representative from each branch of his extended family.

Guests were invited one week ahead of the ceremony, and told to book their flights without any mention to the nature of the "party" they'd be attending. In case of party crashers, each guest was given an Indian Head nickel to carry with them while on the island, and they were instructed to present the nickel to security to verify they were, indeed, invited.

To throw the press off the scent, Terenzio worked with travel agents to create fake itineraries that indicated the couple would be in Ireland during the weekend in question.

Hours before the wedding, Kennedy gave the few members of his wedding party a personalized gift: blue silk boxer shorts embroidered with his initials on one leg and theirs on the other. "Wear them well, my friends," he told them. "Think of me when you wear them."

Guests were transported from Greyfield by jeep to watch Kennedy and Bessette wed at the island's incredibly small and charmingly rustic First African Baptist Church, which had been established by slaves more than a century prior. 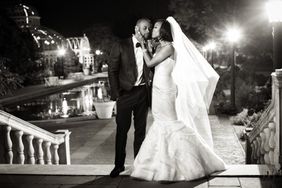 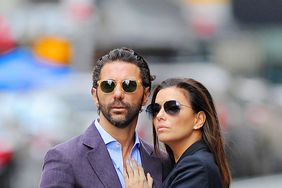