Jobs, the Steve Jobs biopic starring Ashton Kutcher hits theaters nationwide today, and to play the part of Apple's founding father, Kutcher immersed himself entirely into his role. From adopting the mogul's fruitarian diet to studying the artists and entrepreneurs Jobs admired (Edwin Land and Thomas Edison, to name a few), Kutcher, in short, became Jobs. "Understanding and studying the linage of entrepreneurship and inventors was really valuable in building out a creative process for myself," the star told reporters at the Jobs premiere in New York city. The film chronicles Jobs' life from 1971 to 2000, the years when he founded Apple with Steve Wozniak (Josh Gad) in his parents' garage, to when he got fired and ultimately re-hired back into his own company. Plus, Jobs' comedic and tumultuous temper wasn't left out of the plot -- Kutcher told reporters that he wanted “to be honest about who [Jobs] was and not shy away from his flaws," he said. "I think that that was an added pressure and I felt responsible for that.” Catch Jobs in theaters right now. 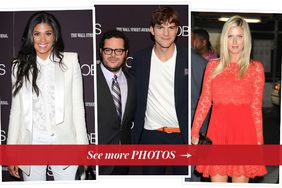 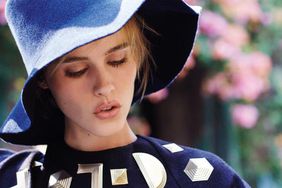