You think you’re your own worst critic? Joan Rivers has you beat. At 80 years old, as of June 8, the Emmy award-winning comedienne still has her bite, a snappy tongue that made her a mainstay in the entertainment industry. With an insurmountable number of projects in play, including hosting E!’s Fashion Police, web-series In Bed with Joan, and reality TV series Melissa & Joan: Joan Knows Best?, Rivers is a one-woman one-liner powerhouse. We listened in on her less-than-politically-correct musings from interviews, clips, and stand-ups, and rounded up are eight memorable lines below. Scroll down and be sure to share your favorites.

1. On shapewear: "My grandson is mad at me. He’s mad at me because I squandered his college fund on Spanx. It’s a lot, but there’s a lot going on here."— in an interview with David Letterman

2. On aging: "Old women are suctioned to the ground. Boobs, out of a brassiere, in the morning, it just goes. I use my left boob as a stopper in the tub."— stand-up at Live at the Apollo

3. On engagement rings: "Learn what not to expect. Irish catholic they get sh**** little rings. Irish women get crappy rings. Baptist get the worst because they get the rings under water. When it comes up, it’s garbage. Jewish, big rings. Episcopalian big rings. Italians—the best, because they get them off of dead people, and second wives get the biggest rings of all."— stand-up at Live at the Apollo

4. On marriage: "You don’t marry for love. What does love got to do with marriage? I spit on love and marriage. You marry for money."— stand-up at Live at the Apollo

5. On education: "Women should look good. Work on yourselves. Education? I spit on education. No man is ever going to put his hand up your dress looking for a library card."— stand-up at Live at the Apollo

6. On Botox: "I love plastic surgery."— stand-up at Live at the Apollo

7. On redressing the Virgin Mary: "I put her in a Chanel suit, Manolo Blahniks, and a Louis Vuitton pocketbook. You’re the mother of God, look it! If she had looked like that, she would’ve gotten into the inn. The point is, it’s about looks."— stand-up at Live at the Apollo

8. On herself: "I have no sex appeal and it has screwed me up for life. Peeping Toms look at my window and pull down the shade. My gynecologist examines me by telephone."— stand-up at Live at the Apollo 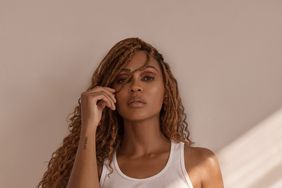