J.K. Rowling Reveals the Secret About Snape That She Told Alan Rickman

In Harry Potter and the Deathly Hallows: Part 2, fans finally learned the truth about Snape’s intentions, but Alan Rickman had been long privy to some information that helped him play the character fairly. After Rickman’s passing, J.K. Rowling revealed that she told the actor “what lies behind the word ‘always.’” [USA Today]

1. Game of Thrones star Maisie Williams is a gift to fans, both for her bubbly personality and her inclination to give away spoilers. The latest news about Jon Snow’s fate? “There’s a great twist, but I can’t say that he’s going to be alive.” [Mashable]

2. In news sure to make your morning cup of coffee even sweeter, Starbucks just launched a partnership with Spotify that will let customers see what songs are playing at their location and explore all of Starbucks’ playlists. [Refinery29]

3. Procrastinators, rejoice! The IRS is giving you three more days to file your taxes this year, plus improving their customer service. [Consumerist]

4. In the new trailer for Chelsea Handler’s Netflix documentary series, Chelsea Does…, she hilariously tackles racism: “I want to live in a place where a person of every color is able to hit on me.” [Bustle]

5. The drones are coming—Amazon revealed new details about its Prime Air delivery program, sharing that the devices will deliver packages in 30 minutes or less to customers within 10 miles of the depot. [Huffington Post] 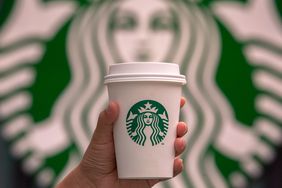