Jennifer Lopez Wore a Camo Sweatsuit During a Heatwave

Over the weekend, much of the U.S. was blanketed in a massive heat wave, prompting most of us to break out our flowiest, sweat-proof outfits (if we even made it outside at all). Jennifer Lopez, however, is not like most of us — in many ways, but especially when it comes to pulling off incredible sweatsuits, even in the midst of heat advisories.

On Friday, Lopez was seen on her way to her concert at Newark’s Prudential Center in New Jersey, wearing head-to-toe camo Guess sweats (with the hood on), paired with gold flip-flops and a pair of sunglasses.

Meanwhile, as temperatures hit an upwards of 90 degrees in the tri-state area, a state of emergency was declared in New York, just across the Hudson River from where Lopez was performing. Though presumably, when you're J.Lo, you're used to performing impossibly complex dance routines in elaborate costumes under the heat of a million lights, and a sweatsuit in the middle of July is no big deal. Or you can be shepherded from one air-conditioned venue to another, and have no need to dress for extreme outdoor temperatures.

In any case, this one may just be her best casual look yet. 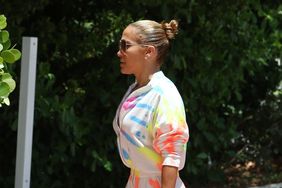 Jennifer Lopez Made This Un-Subtle Jumpsuit Sell Out Multiple Times, but It's Back in Stock 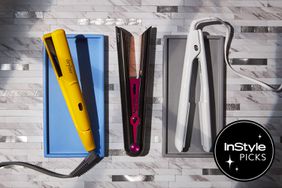