Big news for Jennifer Lopez: NBC announced Thursday that the ageless triple-threat will star in the network's 2017 live holiday musical Bye Bye Birdie. The news was revealed during a panel at the Paley Center for Media in Beverly Hills, California, on Thursday night and, apparently, it was all Lopez's idea.

"She came to us and said, 'I love this movie and I'd love to do it,'" NBC Entertainment Chairman Bob Greenblatt revealed during the panel discussion, according to The Hollywood Reporter.

The 47-year-old "Ain't Your Mama" singer confirmed the news in a statement and added that Bye Bye Birdie is a personal favorite of hers. "Broadway musicals and films fueled my childhood and Bye Bye Birdie was one of my favorites. I'm proud to be a part of the NBC family with Shades of Blue and I thought it would be a blast to take on one of their big live musicals," Lopez said.

RELATED VIDEO: 10 of the "Most J.Lo" Instagrams Ever

NBC's live version of the beloved show will be based on the original 1960 Tony-winning Broadway musical that starred Dick Van Dyke as Albert Peterson and Chita Rivera as Rosie. The musical was adapted into a 1963 Golden Globe-nominated feature film—which apparently remains, to this day, one of Lopez's faves. The songstress is reportedly set to star as Rosie in the production, and will also executive produce the project.

"To have a superstar like Jennifer Lopez starring in this classic show, which every high school in America has done, will ensure that our holiday musicals continue to be must-see events for the whole family," Greenblatt said in a statement. "It was her idea to take on this classic singing and dancing role made famous by the legendary Chita Rivera, and we are so happy to oblige! This show has delighted audiences for generations with classic songs that include 'Put on a Happy Face' and 'A Lot of Livin' to Do,' and this will be an extravagant production built around this big star." 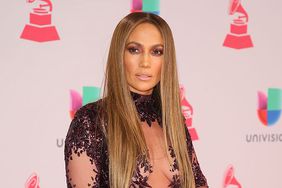 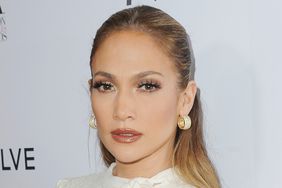