See All the Celebrities Sending Their Support to Hurricane Harvey Victims

Hurricane Harvey hit the Houston, Texas, area on Friday, leaving in its wake at least 10 dead and many others in need of medical attention. The storm, cited as the most devastating hurricanes to hit the U.S. since Charley in 2004, has caused a great deal of damage across the region, necessitating serious action on behalf of the nation.

Thankfully, people are stepping up and donating to the relief fund. Celebrities, in particular, are using their status and social media reach to inspire others to give back.

On Tuesday, Jennifer Lopez and Alex Rodriguez announced in a video on Instagram that they would be donating $25,000 each to the cause.

“Our hearts are just breaking for all the families that are displaced, all the victims … Seeing these pictures of children, and all the footage—it’s just devastating, and we just want to do or part to help,” the singer told her followers.

Rodriguez announced his and Lopez’s generous donations, noting, “It’s our opportunity to come together as one and help all the great families in distress down in Houston.”

“We’re praying for you and God bless all of you,” the MLB alum told those affected by the storm.

“We’re all in this together,” J.Lo told fans, sharing a link in her photo’s caption that explains how you can help.

Lopez and Rodriguez aren’t the only celebrities speaking out. Kim Kardashian West announced that she and her famous sisters, as well as mom Kris Jenner, will donate $500,000 to the Red Cross and Salvation Army.

Visit redcross.org to aid the victims of Hurricane Harvey today.

Beyoncé Sends a Moving Message of Support to Houston

Scroll down below to see how other celebrities are supporting those affected by the storm. 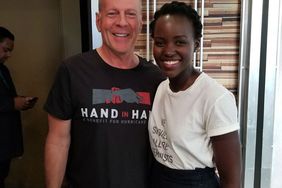 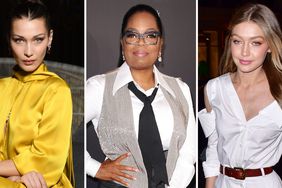