Only Emma Stone and Jennifer Lawrence could get so many laughs out of their own awkward hug.

The Oscar winners reunited at the Toronto International Film Festival this week, and while they were there, they got a little too excited when they saw each other at an event. So much so that as they smiled and attempted to hug it out, things went left.

In a video Variety shared on Instagram Tuesday, Lawrence can be seen going in for a hug when they spotted each other at the Variety Studio, and Stone didn't seem to be ready for it. Rather than lean forward to embrace the Mother! star, she took a quick dip back and couldn't stop giggling as the embrace turned into a complete fail.

Natch, Stone didn't resist the hug because of bad blood. Last November, Lawrence told Vanity Fair she and Stone met via text following the suggestion of mutual co-star Woody Harrelson. Stone reached out first and her message prompted this response from J.Law: "I replied, 'F—k off!'" she said, "And we've been really good friends ever since."

Emma Stone Had the Best Date to the U.S. Open Women's Final

As for why they're both at TIFF, Stone is promoting her upcoming flick Battle of the Sexes and Lawrence is pushing her thriller Mother!, both of which are already garnering awards season buzz. Which means it's time to sharpen up those hugging skills for awards season prep. 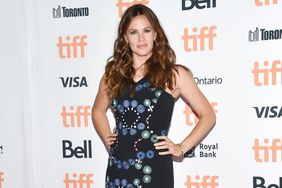 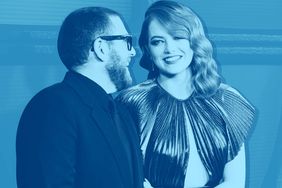