Honey-kissed highlights aren't the only thing that Jennifer Aniston has stuck with for as long as we can remember. The superstar admitted that she owes her iconic complexion to a skincare routine that hasn't changed in decades. And no, she didn't get it from a celebrity facialist or a dermatologist on Rodeo Drive. She got the best advice from her mom ,and she's been following it ever since.

In her latest cover interview with InStyle, Aniston explained that when she was a teenager, her mom was already extolling the virtues of moisturizer. Even the brand of moisturizer hasn't changed since then.

"I think it's because my mom told me to start moisturizing when I turned 15," she said. "I've been using Aveeno since I was a teenager." It just so happens that in 2013, Aveeno came looking for a spokesperson and Aniston admittedly had plenty of experience with the line.

But it would be a stretch to say that absolutely nothing's changed. Now, in addition to that mom-approved moisturizer, Aniston has an army of pros that help her keep her glow, no matter where she happens to be. She's got them all over the country, so if she's away from home, she knows she has someone she can trust. There's Georgia Louise in New York, Lupita at Mila Moursi Skin Care Institute in Los Angeles, Joanna Czech with locations in Dallas and New York, and Melanie Simon in Montecito, Calif.

And mom's not the one doling out advice these days, either. Aniston says that her pal Jillian Dempsey offered up a tool to keep things looking as bright and tight as possible: a vibrating 24-karat-gold sculpting bar.

"It feels so damn good to put oil on your face and just roll," Aniston explained. Maybe one of these days, Aniston and her pal and former Friends co-star Courtney Cox will let us all in on more self-care secrets, like how it's never a bad time to pull out a jade roller. 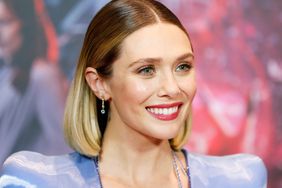 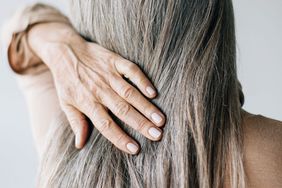 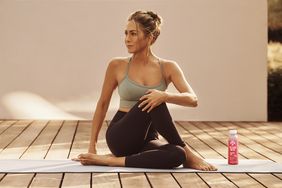