Jenna Dewan Tatum turned heads as she was spotted leaving the Viceroy L'Ermitage hotel in Beverly Hills, Calif., on Tuesday.

The dancer-turned-actress stepped out in a white-hot backless minidress, complemented by a pair of rose-colored suede thigh-high peep-toe boots, a simple ballerina bun, and a sparkly red lip. The look is understated yet ambitiously fashion-forward—we can't imagine wearing clingy thigh-high boots in the Los Angeles heat!

It seems Dewan Tatum was digging the ensemble as well—she posted an Instagram video of herself posing in the very same dress and boots, adding the caption: "Just caught me in a casual moment

thank you @areyouami for my new favorite dress

The couture love doesn't end there! Later that day, the actress posted yet another Instagram video in her "new favorite dress."

Her look was put together for a photo shoot with Pat McGrath Labs' lip glitter and OUAI haircare. This isn't the first modeling gig Dewan Tatum has lined up this summer—she recently became the ambassador and spokesperson for Danskin's latest campaign, the first the company has launched since 2013.

Judging by her confident Instagram posts, we're sure she nailed the shoot. 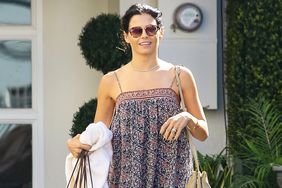 Jenna Dewan Tatum Steps Out in the Perfect Summer Outfit 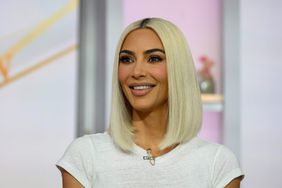 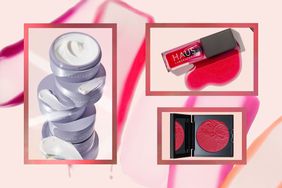 15 New Beauty Products to Help You Get Ready for Summer