Leave it to Jay-Z to recreate an iconic TV show in the most epic fashion. The 47-year-old rapper recently released the music video for his song "Moonlight," and he based the whole thing off the TV show Friends, much to the delight of fans everywhere.

Jay-Z's homage to the hit '90s show has the internet freaking out. For the "Moonlight" video, the rapper enlisted amazing actors such as Issa Rae, Tiffany Haddish, and Jerrod Carmichael for a spot-on remake of Friends—with an entirely black cast playing the beloved characters.

The film's director, Alan Yang, tweeted out a clip of the opening sequence, and they really nailed it! From the couch to the outfits and the fountain, it's a near replica of the original Friends opening. Naturally, the video quickly spread across the Internet, wracking up tens of thousands of shares.

The whole "Moonlight" video is six minutes long, and it's available exclusively on Tidal at the moment. However, Yang's tweet indicates the whole film will be released to the public in a week.

This video is sure to become a classic.

Angus Cloud Is a Certified Lover Boy
It's Been 10 Years Since Rebecca Black Released "Friday," and the Internet's No Kinder to Young Girls 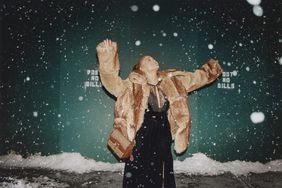