For years, January Jones slipped into glam, mid-century ensembles for her role as Betty Draper on Mad Men, but don’t be fooled into thinking the actress is ready to say goodbye to costumes. This weekend in L.A., where the bombshell dressed as Julia Roberts in Pretty Woman for the Veuve Clicquot Polo Classic, she revealed just how much she’s looking forward to Halloween. “I do care and I do have plans,” she told reporters with a smile. “I have a son, and I was always into Halloween even before, and we have a big potluck thing in my neighborhood and everyone gets dressed up.”

So what’s in store for the Jones family this year? “I’m Claire from Jurassic World, per my son’s request,” she revealed. “I have to find some really bad heels. He is a T-Rex and the dog is a raptor. I don’t know. He wants to be Owen [from the movie] and a T-Rex.” The starlet went on to explain how she celebrates other holidays like Thanksgiving—“We just eat and watch football,” she said—but it’s spending time with family that ultimately matters for her. “He’s got his own personality. He’s very interesting. It’s been fun,” she said of her son Xander's personality. “He just turned four. I mean every day is something different. He’s a very smart kid.”

We can’t wait to see the mother-son duo dress up come Oct. 31. 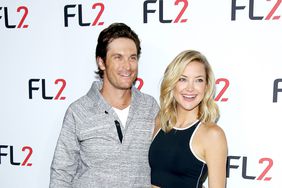