Decades have passed since Jane Fonda whipped the ‘80s into shape with her unforgettable workout videos, but last night in Beverly Hills, Calif., the iconic actress proved that she’s still in sublime shape. The Grace and Frankie star confidently marched into the Beverly Hilton Hotel to join an A-list roster of stars that were on hand to present her with the Hollywood Supporting Actress Award inside the 19th Annual Hollywood Film Awards.

Fonda may have warmly received her honor with a charming speech, but it was her red carpet look that stole the show. She slipped into an ivory Balmain creation that elegantly showcased her greatest assets. The ensemble included a stunning high-waisted, ruffled, floor-length skirt; however, it was the midriff-baring, neatly tailored tuxedo blazer that wowed. The piece was underlined with a see-through mesh top and the former exercise queen proudly put her toned core on display.

“I’m really grateful for this honor. Hell, I’m grateful to be working. I’m grateful to still care about it,” she told the room after actress Laura Dern presented her with the award. “There was a point in my life when I assumed the older you get or the more you do something, the easier it gets. Am I the only person in this room that finds that not to be true? It just gets harder and harder. But, I feel lucky because I get to work with such great people and I know such great people, and I always learn from your performances Laura.” 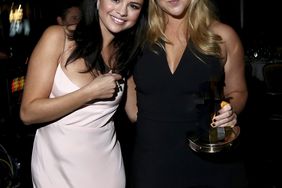 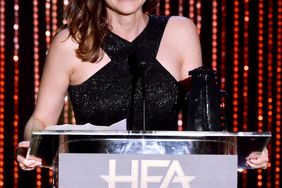 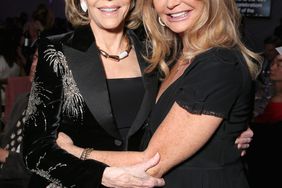 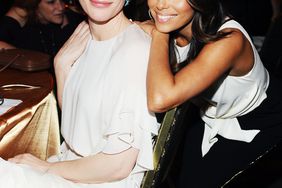 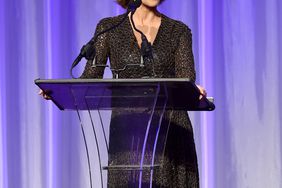