Since Melania Trump stepped back from the spotlight, deciding not to campaign alongside President Trump in last fall's midterm election, Ivanka Trump has continued to take on a more public role in her father's administration. And she's slowly changed her hair to match her newfound political responsibilities, too.

Throughout the first three years of President Trump's term, Ivanka slowly transitioned her honey blonde highlights to an icier tone. By the midterms, she was full-on platinum. Her cool tone blonde hair color might be on-trend, but it's also considered a status symbol because it requires constant upkeep.

On Labor Day Weekend, Ivanka debuted an entirely new look by getting a dramatic haircut. Ahead of her South American trip to promote the economic empowerment of women in developing countries, she was spotted with a sleek, side-parted bob while boarding a plane at an air base in Maryland.

The bob made another appearance (this time with a center part) on September 3 during her visit with female police cadets at General Santander National Police Academy in Bogota. It also showed up to the Financial Inclusion and Credit Access for Women forum later that day.

While Ivanka's platinum hair color could signify power, her short bob could be a further attempt at revamping her aesthetic to prove to the world that she means business and her political ambitions should be taken seriously.

"Ivanka and her stylists are taking control of her own brand, which includes how she is physically perceived," says Stacy Jones, founder and CEO of Hollywood Branded, an influencer and entertainment marketing agency in Los Angeles, who does not work with the Trumps. "Additionally, she is taking that step further by positioning herself in highly visible media driven political conversations traditionally more so held by US Vice Presidents, when she meets with global leaders and other Vice Presidents of foreign countries, such as she has just done in Colombia. Her hair plays a major role in this, as Ivanka’s new shorter bob haircut is more business-like and professional. The new style is an attempt to showcase that she is attempting to truly transition into a role which requires sophistication in dealing with world leaders on the global stage."

Ivanka's bob is also a cut that's popular among celebrities in Hollywood and female newscasters. The bob is classic and while it gives off a "take me seriously" kind of vibe, it still somehow appears effortless. "The sleek and chic bob gives off an extremely confident and effortless classic beauty vibe," says Brenda Pedersen, Ivanka's hairstylist at Oscar Blandi Salon. "The bob haircut is actually one of the most difficult haircuts — even though its simplicity makes it look so effortless. A women who rocks a bob haircut is confident and doesn't need the length of her hair to define her beauty."

Whether or not Ivanka's bob was supposed to send the public a message, it distracted the media from her father's current antics. Critical Mention, an online software company which monitors media mentions, reports that there has been over $25 million in online news publicity garnered from Ivanka’s new haircut, reaching an online news audience alone of over 1.4 billion people globally. "That is a lot of PR mileage for a simple change in a hairstyle, and positive PR value which is still only growing," says Jones.

And on September 4th — in between the two bob photos above — Ivanka was seen with her hair in a low, messy bun, while visiting a migrant shelter in La Parada, Colombia. That style is impossible to do if your hair only reaches your chin.

Given President Trump's stance on immigration and the current crisis at the Southern US border, Ivanka's visit to the shelter, along with the hairstyle she wore to meet with migrants, both seem calculated. "After the more formal meeting, Ivanka’s choice to completely overhaul her image for her visit to a center for Venezuelan migrants was also strategized," Jones surmises. "Not only did she change into a more relaxed, feminine, beige non-confrontational dress that softened her, but she also added hair extensions allowing her to look as if she spent little effort in tying her hair back in a loose knot with wisps, which resulted in a look that appeared more relaxed and approachable to the migrant women she was being photographed with, and to the viewing public," explains Jones.

On September 6, Ivanka's business bob was back. She wore the cut sleek with a center part while taking part in a panel of entrepreneur women at the Presidential Palace in Asuncion, Paraguay. Again, for a more formal event, Ivanka went with a more polished hairstyle. Pedersen didn't confirm whether the bob, or the long hair, was Ivanka's real hair.

VIDEO: Ivanka Trump Just Cut Off All of Her Hair

So, why all of the sudden hair changes? Ivanka's platinum hair transformation was gradual and made during a time when her public image was important, but not as crucial as it is today heading into the 2020 election season. As one of the few members of President Trump's inner circle who has remained since day one, Ivanka needs to be taken seriously and be seen as trustworthy while her father's gunning for a second term. Evolving her hair look is one clear way to make sure she's meeting that need.

Or maybe she just wanted a fall hair refresh and was feeling noncommittal. Only time will tell. 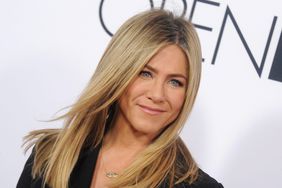 The Jennifer Aniston Hairstyle You Should Try In 2023, Based on Your Zodiac Sign 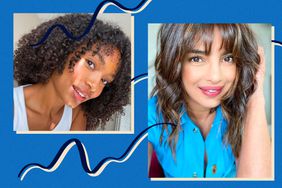