Those Trump genes are strong! Ivanka Trump got her hands on a wig that mimics her dad Donald Trump's infamous 'do and the results are hilarious.

Ivanka (who is pregnant with her third child) slipped on the masterful headpiece for a photo in which she does an uncanny impression of The Donald, complete with a rougish pout and Trump's signature finger point. Looks like all those years of modeling paid off!

"What happened when I was wandering backstage at #SNL and found my father's character's wig... #priceless #SaturdayNightLive @NBCSNL," the 34-year-old business mogul caption the snap on Instagram.

The loving daughter was at the Saturday Night Live studio to film a skit for an episode starring her dad (and presidential hopeful) which aired over the weekend.

Jealous? Try on Trump's comb-over for yourself with InStyle's makeover tool! 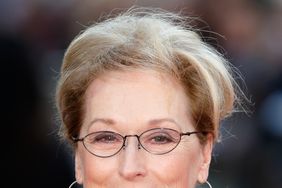