Which famous redhead starred in Enchanted? Isla Fisher or Amy Adams? It’s one of Hollywood’s best-kept secrets. Just kidding, it was Amy. But judging by the feedback Fisher has gotten throughout her career, and the many, many instances in which she’s been mistaken as Adams, it seems as though America needs a quick refresher on who’s who.

During a visit to Jimmy Kimmel Live! the Australian actress admitted that she doesn’t always correct people when they mistake her for Amy—or at least when those people are Lady Gaga.

The Confessions of a Shopaholic star told the talk show host that Mother Monster once approached her and commended her on her performance in American Hustle (which was Adams, by the way).

"I'm thinking ‘Oh my gosh. It's Lady Gaga. I love her so much. I don't want to tell her the truth,'" Fisher explained. “I just gracefully thanked her and bowed my head."

Despite the ultimate success of her lie, Isla’s eager for the country to finally know the difference between her and Adams. Enter: Isla’s public service announcement.

Fisher recorded a special video for Kimmel explaining who's who. Educate yourself (below) on the differences according to Fisher herself.

3) "Amy Adams has five Oscar nominations. I am a member of SAG."

The more you know …

Watch the full video above. 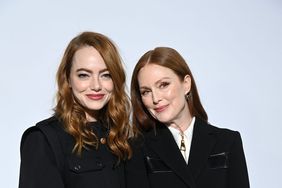