The U.N. selects a different theme to focus on every year, and 2015's theme is "The Power of the Adolescent Girl: Vision for 2030." The idea is that girls going through adolescence now can start to help make a change, and plan for a better world for girls born now who will be adolescents in 15 years. The day itself is a time to focus on how to help girls "have the right to a safe, educated, and healthy life, not only during these critical formative years, but also as they mature into women," says the U.N. "If effectively supported during the adolescent years, girls have the potential to change the world—both as the empowered girls of today and as tomorrow’s workers, mothers, entrepreneurs, mentors, household heads, and political leaders."

Ultimately, today is a day to empower girls and guess what? That doesn't cost you anything. Getting involved is as easy as pledging your support to create a world that's better for girls of tomorrow. Here are three ways to participate in the conversation.

1. Learn More About Malala
One of the trending hashtags for International Day of the Girl Child is #GirlHero. You name your own #GirlHero and say why they inspire you. Ours is Malala Yousafzai (above), the 18-year-old Pakistan native who was attacked and shot by the Taliban for standing up for girls' education. Now, she's a voice for girls' education around the world. She won the Nobel Peace Prize in 2014 and wrote a New York Times bestseller about her experience called I Am Malala: The Story of the Girl Who Stood Up for Education and was Shot by the Taliban. We created a few sharable images featuring our favorite Malala quotes from her book that you can share yourself.

You can also learn more by watching a documentary about her life directed by Davis Guggenheim, He Named Me Malala, which came out Oct. 2. Here's the trailer:

2. Use the Right Hashtags
We already mentioned #GirlHero, but that's just one hashtag to unite under. The non-profit organization UNICEF is promoting #DayOfTheGirl heavily with inspiring messages and images. Some of our favorites say taglines like "Empower a girl, change the world" and "When girls do better, we all do better." You can also use #IDG2015 to follow the conversation about the day from places like @GirlScouts, @GirlsNotBrides, and more.

3. Follow @DayoftheGirl on Twitter
This is the handle for the youth-led movement and social platform for dayofthegirl.org. Their Twitter handle features ideas for changing the world one girl at a time. Some of our favorite ideas from them are below:

#DayoftheGirl idea #9: Put yourself in a position of power! Run for student council or step up to be a club president.

#DayoftheGirl idea #1: Talk to someone in your life about gender justice! It can be scary, but it is important. #StartTheConvo

Now go out and inspire! 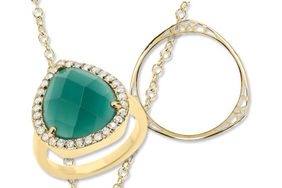 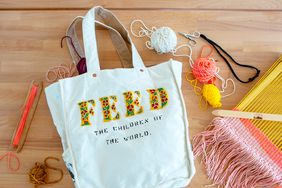