The third annual InStyle Awards kicked off Monday night in Los Angeles with plenty of star power, swoon-worthy fashion statements, and a return to the stunning Getty Center for another fabulous fête.

The evening, sponsored by Cadillac, Brahmin, Vince Camuto, Marc Jacobs Beauty, FIJI Water, Perrier-Jouët champagne, and hosted by InStyle Editor-in-Chief Laura Brown, kicked off with a swanky cocktail hour where stars stopped to play by our glittery KiraKira+ Instagram booth. Selena Gomez and Demi Lovato stopped each other to catch up and have a private moment before moving to dinner. Cindy Crawford showed off her sexy moves for the camera, and Elle Fanning twirled in her sparkly Versace dress.

Inside the dinner, there was no shortage of entertainment and plenty of inspiring moments. Elle Fanning, Breakthrough Style Star, kicked off the ceremony with a speech during which she revealed that it was really Big Bird she has to thank for her style.

Selena Gomez introduced Makeup Artist of the Year Award winner Hung Vanngo, who had the entire crowd in awe over his emotional speech about his rise to success.

Meanwhile, Hairstylist of the Year Harry Josh kept his table of leading ladies entertained (Kate Bosworth, Ellen Pompeo, and Connie Britton were all swooning over their "mane" man…see what I did there?), while Crawford chatted up Britton about living the quiet country life. "I love it, I just hang out", she said of her low key family-centric lifestyle. Moments later, she got up and offered to grab drinks from the bar for everyone at her table.

The night capped with a hysterical speech by the always hilarious (and equally stunning) Style Icon Award winner Cate Blanchett, who made a blanket statement to the boys out there, saying just because we as women dress up and look sexy, it "doesn't mean we want to f— you". Cate, we love you for that.

As guests lingered after dinner and continued to drink Perrier-Jouët champagne, some dug into the decadent chocolate cake, and some went straight for the bar. The last stars to leave the party were Brie Larson and Valentino designer Pierpaolo Piccioli, who together had a dance party of their own right in front of the larger-than-life InStyle letters.

Bottom line: it was an evening to remember.

Scroll down to see the best photos of the night. 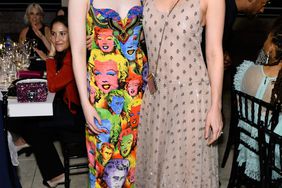 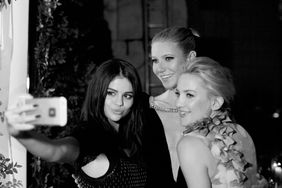 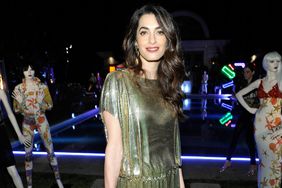