While stars often head to premieres and posh parties in Los Angeles, Emilia Clarke, Amy Adams, Rashida Jones (above, left to right), Kristen Bell (below, left), Tracee Ellis Ross, and more came out to support an event with a cause, shedding light on the global refugee crisis at the opening of the “Refugee” exhibit at the Annenberg Space for Photography Thursday evening.

Adams, who hit the red carpet in a blue body-hugging Dolce & Gabbana dress and Kurt Geiger 'Bond' pumps, dished to InStyle about why it was important for her to bring awareness to the exhibit, which gives a glimpse into the lives of refugees around the world through moving photographic displays.

“I’d heard about the refugee crisis, and then when they started showing the unfortunate pictures of children who were being affected in lots of different ways, that’s when I really started paying attention,” the Batman v Superman: Dawn of Justice star said. “As a mom, it’s something that really speaks to me because I understand that so many people are really looking to make a better life for their children, and I know that drives a lot of what’s happening in this community.”

The crisis, and the need for help for refugees, also spoke to fellow mom Bell, who got visibly emotional as she talked about it. “I think exhibits like this are absolutely vital to the human condition as it exists on planet Earth right now,” the House of Lies star, who wore a sleek silver Camilla and Marc dress to the event, told us. “You see images, particularly from the Syrian refugee crisis... it’s just profound. It keeps me up at night thinking, those could be my kids if I was born in a different area.”

Whether stars in attendance were moms or not, they were all affected in some way by the plight of refugees and eager to see the exhibit, like Clarke, who told us, “I think it’s an incredible opportunity to get an artistic point of view on such a global crisis.” The Game of Thrones star, who sported a plunging Alexander McQueen dress added, “It’s something I’ve got a real passion for. When you get to go to an exhibition that’s really supporting an important cause... it’s just, it’s nice.”

As Kristen Davis (above, right) headed inside along with the likes of Mindy Kaling (above, center), Just Jillian star Jillian Michaels, and Maria Shriver, they all walked through the emotionally charged exhibition, which featured images by five internationally acclaimed artists: Lynsey Addario, Omar Victor Diop, Graciela Iturbide, Martin Schoeller, and Tom Stoddart.

After attendees made it through the exhibit, they were treated to a performance by African singer Angelique Kidjo, who took the stage in an adjacent lounge with a huge band, making guests bob their heads and tap their feet with her high-energy performance. Guests sipped cocktails and wine, and munched on small bites like fried shrimp, mini sliders, and tuna tartare.

Emilia Clarke Wants to #FreeTheP on Game of Thrones

While the entertainment and food were only on hand for opening night, the free “Refugee” exhibit will be available to view from April 23 to Aug. 21. It is certainly one not to miss. 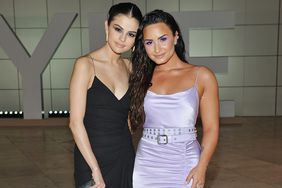 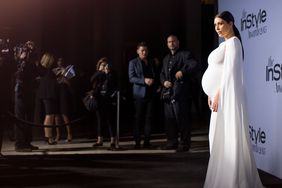 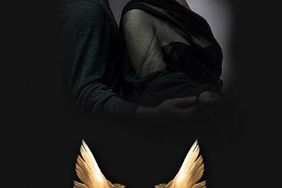 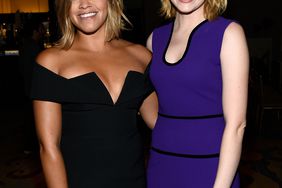 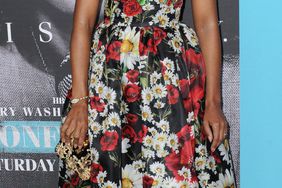 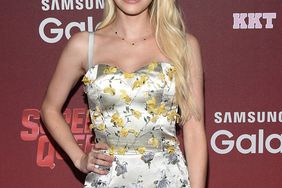