The latest plot twists and turns that have everyone talking on television include How to Get Away with Murder, House of Cards, and Scandal, but that's not where the nail-biting binge ends. We at InStyle have also been abuzz with Serial, the podcast based on the re-investigation of a real life high school murder case that has remained firmly atop the leader board as iTunes’ #1 selling podcast since its October 3rd debut.

Serial unfolds week by week in segments that, unlike traditional podcasts, occur mostly in real time. A prime part of the suspense of the podcast lies with the real-life element—Executive producer, investigator, and narrator of Serial, Sarah Koenig, doesn’t ensure her reopening of the case will find a resolution of sorts, currently being unaware of Serial’s conclusion herself. With a reported four episodes remaining in the series, bide your time following the show’s end with these seven other podcasts sure to bring about a similar passion.

CriminalAs with Serial, Criminal is based on stories that exist behind yellow caution tape and in dimly lit interrogation rooms. Unlike Serial’s well, serial, nature, each of Criminal's cases is kept within a 15 to 20 minute time frame, yet this isn’t to say each case reaches a firm resolution. Elements used in the actual trials, like field recordings and news clips, paired with expert storytelling, will suck you in more efficiently than overly dramatic, fictionalized accounts of crime currently in abundance on TV.

Slate's Serial Spoiler SpecialsWhile it’s unlikely you won’t be able to find someone to share in your fascination with and theories about Serial, this podcast, run by three editors from Slate, features an in depth analysis of each episode of the podcast that’ll help your mind wind down post-Thursday morning.

StoryCorpsRecipients of 2015's TEDprize, the weekly NPR Morning Edition podcast, tells extraordinary stories of ordinary people, with a mission “to provide people of all backgrounds and beliefs with the opportunity to record, share and preserve the stories of our lives.” Containing more than 50,000 interviews between friends and family that are then given (with permission) to the American Folklife Center at the Library of Congress, StoryCorps boasts one of the largest oral histories in existence. To record your own story, stop by a StoryCorps booth in Chicago, Atlanta, San Francisco, or New York.

The MothLaunched in 1997, The Moth is one of the oldest podcasts around, centered on the art of storytelling. Unlike the clean, hyper-edited format of Serial, The Moth features storytellers playing to a live audience on stages throughout the U.S. Back in 2009, the podcast launched a national public radio show, The Moth Radio Hour, which was awarded the 2010 Peabody Award, the Oscars of electronic media.

Risk!Steeped in comedy history, Risk!, self-described as “where people tell true stories they never thought they’d share in public,” got its start in 2009 at Arelene’s Grocery, and soon expanded into monthly shows in LA and NYC, featuring the likes of comedy heavyweights Sarah Silverman, Janeane Garofalo, and Margaret Cho.

Love + RadioThe award-winning podcast is in a category of its own, priding itself in tales "from the seedy to the sublime." Host Nick van der Kolk and sound designer Brendan Baker infuse the podcast with an offbeat editing and production style, including perhaps the most profanity-laden podcast you'll find. 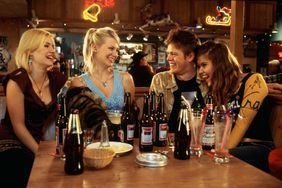 7 Celebs You Totally Forgot Were in 'Love Actually' 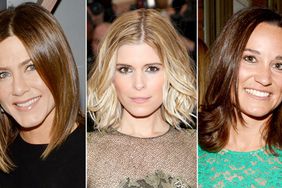 Need a Hair Makeover? Check Out These Chic Celebrity Lobs Before You Hit the Salon 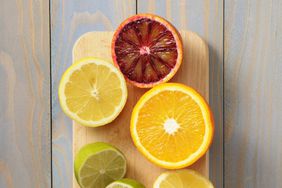