The invitations to the 2018 royal wedding have been mailed, so if you haven’t found an envelope from Prince Harry and Meghan Markle, it’s safe to say they sent it to the wrong address.

But seriously, we haven’t witnessed a British royal wedding on this scale since Prince William and Kate Middleton’s in 2011, meaning this one will be unforgettable. What time will the royal wedding air in America? We've got answers.

The wedding ceremony begins at noon local time, which is 7 a.m. ET, and goes on for one hour. Of course, we’ll likely catch the first glimpse of Markle in her wedding dress as she enters the chapel, meaning it’s wise to be up as early at 6 a.m. Right after, Harry and Markle are expected to participate in a carriage procession from Windsor Castle via a route called the Long Walk in London, according to ABC News. At 9 a.m. ET, they’ll head to a private lunch reception at St. George’s Hall. Later, they’ll head to a private evening reception, though it’ll be tough to get footage from both post-ceremony events.

Below, a handy guide to making sure you keep up with the royal wedding broadcast. Special note: If you don’t have cable, we recommend starting a free trial on platforms like Hulu, which livestream TV. Specifically, Hulu will livestream various network broadcasts from 4 a.m. ET, with an additional four hours of coverage beginning at 7 a.m.

Or, if you missed it, you can catch the ceremony from start-to-finish on YouTube.

The royal family's official Facebook page will stream all of the action from 6 a.m. to 10 a.m. ET, making it easy to catch every moment without cable.

Good Morning America’s Robin Roberts and World News Tonight anchor David Muir will kick off coverage from 5 a.m. to 10 a.m. ET live from Windsor. If you don’t have TV, they’ll stream the live coverage on abcnews.com and goodmorningamerica.com. In addition, the network's five-hour special will also stream on Facebook Watch.

The Today show will begin its coverage with Savannah Guthrie and Hoda Kotb at 4:30 a.m. ET.

PBC will broadcast live during the wedding and while timing is TBD, the channel will also kick off a five-night series about the royal wedding on May 14.

Tina Brown, Gayle King, and Kevin Frazier will kick off coverage at 4 a.m. ET. You can sign up for a free all-access trial here.

BBC America will air BBC One’s coverage live, though exact timing has not been released. The channel’s coverage will be available on YouTube as well.

AM Joy's Joy Reid will kick off special coverage at 4 a.m. ET, live from New York, while Stephanie Ruhle and Katy Tur will report from Windsor.

There’s not one official royal wedding livestream, but the official Royal Family YouTube channel streamed William and Kate’s wedding in 2011, scoring them a Guinness World Record for the most live streams for a single event thanks to all 72,000,000 viewers.

We’re hoping the same will happen for Harry and Meghan. 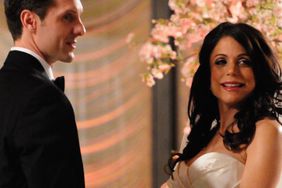 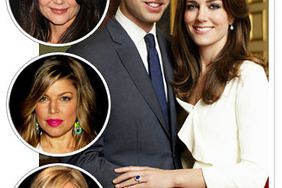 The Royal Wedding's Celebrity Fans: See Who's Watching Will & Kate!