Hillary Clinton is finally opening up about the 2016 presidential election. In her new memoir, appropriately titled What Happened, the Democratic presidential candidate tells the story of that tense and controversial election from her own point of view.

“In the past, for reasons I try to explain, I’ve often felt I had to be careful in public like I was up on a wire without a net. Now I’m letting my guard down,” she writes in the introduction of the new memoir.

“Now free from the constraints of running, Hillary takes you inside the intense personal experience of becoming the first woman nominated for president by a major party in an election marked by rage, sexism, exhilarating highs and infuriating lows, stranger-than-fiction twists, Russian interference, and an opponent who broke all the rules,” Simon and Schuster writes.

VIDEO: Celebs Who Have Snagged Selfies with Hillary Clinton

In the upcoming book, Clinton addresses the mistakes she made throughout the process, but also how she’s picked herself up after defeat. According to the publisher, Clinton shows “humor and candor” in the intensely personal new memoir. 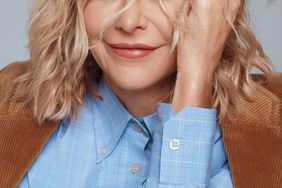