Forbes just released its list of the world's 25 highest paid musicians, and a few of our favorites made the list! Britney Spears and her $58 million worth of earnings landed her the #7 spot, and Taylor Swift wasn't far behind, tying for 8th place with Sir Paul McCartney at $57 million. Teen squeal-machine Justin Bieber came in at 10th with $55 million in earnings (and, at 18, is the youngest name on the entire list), and Rihanna placed 12th with $53 million. Who's #1? Veteran rapper Dr. Dre with a whopping $110 million take-home. All the top-ranking artists have one thing in common: having several business ventures to supplement their musical careers—Britney’s Fantasy Twist, anyone?

Plus, see this year's Forbes list of the world's most powerful women!

Hailey Bieber Is Ready to Talk About Justin Bieber and Selena Gomez
It's Been 10 Years Since Rebecca Black Released "Friday," and the Internet's No Kinder to Young Girls 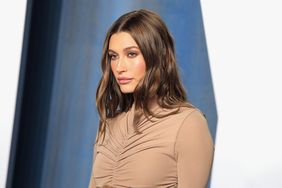