Chilly temperatures couldn’t stop the stars from coming out to support a good cause at last night’s Angel Ball in New York City. Benefitting Gabrielle’s Angel Foundation for Cancer Research, the annual event hosted by Grammy-nominated songwriter Denise Rich was sponsored by celebrity-loved jewelry designer Lorraine Schwartz—and stars like Usher, Nick Cannon, Patina Miller, and one of the night’s honorees, Heidi Klum, headed to Cipriani Wall Street to raise funds for the organization.

“I think it’s important to give back whenever you can, and to contribute whatever little or big bit that you can to a cause that helps other people,” Klum told InStyle before heading inside for the seated black-tie dinner. “We’re all global citizens, and I think we should all help one another.” Klum is especially thankful for those who help the efforts of organizations like Gabrielle’s Angel Foundation, and she’s hopeful that someday they’ll be able to eradicate cancer for good. “There are a lot of amazing scientists who are working to find a cure—and a lot of them are here tonight,” she said.

During dinner, Nick Cannon took the stage to present Klum with the “Angel of Light” award for her consistent humanitarian and philanthropic contributions. But the model and Project Runway host was there to do more than just give an empowering acceptance speech. The real reason for her presence was to support those who have lost loved ones to cancer—like Denise Rich, who started the foundation in honor of her late daughter, Gabrielle. “There are so many people leaving their lives early, like Denise’s daughter who passed away at 27 years old,” said Klum. “Such young women are affected, and I think it’s important to raise awareness. That’s why I’m here.”

The night raised more than awareness. Thanks to a silent auction as well as a live auction during dinner—part of which was orchestrated by TV personality Star Jones—the event raised over $3.6 million to fund cancer research. Items up for bidding included a pair of sapphire earrings designed by Lorraine Schwartz, a 2016 Porsche Cayman GT4 that was parked right next to the red carpet, and a one-on-one workout with Madame Secretary and Hunger Games: Mockingjay star Patina Miller (pictured below).

"I’m giving away a boxing session as one of the silent auction items,” Miller told InStyle. “Hopefully they’ll raise a lot of money tonight, and the lucky person who gives all that money will get to come and box with me!”

Once the auction segment came to a close, it was time to liven things up with a bit of music. Patti LaBelle belted out a trio of hits, including a crowd-pleasing rendition of “Lady Marmalade.” And much to the delight of the audience, Broadway star Billy Porter jumped on stage as LaBelle finished off the last notes of the song.

To close out the evening, OneRepublic performed an acoustic set of their chart-toppers like “Counting Stars” and “Apologize.” When the band’s lead singer, Ryan Tedder, spotted music producer Clive Davis in the audience, he jumped down to hug him before serenading guests with the band’s song, “I Lived.”

It was an appropriately-titled anthem to cap off a successful night of giving back, after which guests put on their coats and headed back outside to brave the unseasonably cold October temperatures. 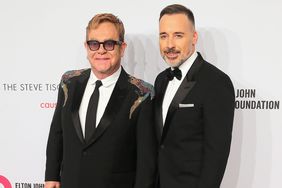 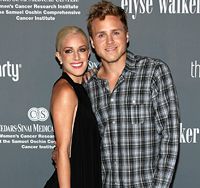 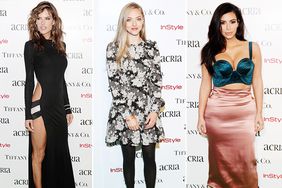 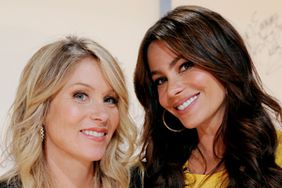 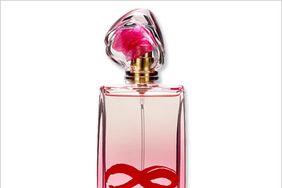