Today, our most beloved television journalist turns 57-years-old. Throughout Katie Couric's career, she has not only managed to be a host to three of the major television networks in the United States—NBC, CBS, and ABC—but she has also interviewed her fair share of A-listers from Beyonce to Prince William and Harry.

So far, Couric's year is already shaping out to be an exciting one, she is currently planning her wedding to financier John Molner—the two got engaged this past September— and in between all the planning, she even managed to interview InStyle's February cover girl! So who is the star in question? You'll have to check back this Friday for our big reveal. 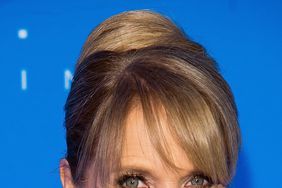